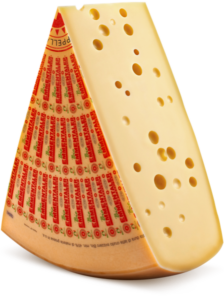 Pre-heat the oven to 200 degrees. Place the fillet of beef on a baking tray, spread with cooking butter and season. Roast for 15–20 minutes in the middle of a hot oven, then remove it and leave it to cool. Leave to stand for 20 minutes.

In the mean time, prepare the mushrooms and slice them finely. Heat the butter and the oil, add the mushrooms and fry on a high heat while stirring until all the liquid disappears. Season with the salt, nutmeg and parsley. Add the whisky, boil down for 10 minutes then leave to stand.

Lay out one or two large overlapping pieces of transparent film on a work surface. Place the ham in two rows (length of the fillet), overlapping in the middle of the film, and cover with Emmentaler AOP slices. Spread the mushroom mixture on top and place the fillet in the middle. Use the transparent film to roll everything up like a large sausage. Close the ends off well and leave to stand for two hours.

Roll the pastry out onto baking paper. Remove the fillet from the film and place it on the pastry. Roll the pastry loosely around the fillet and close the sides and ends well. Brush with the egg and leave to stand for anywhere between 30 minutes and 24 hours.

Pre-heat the oven to 200 degrees. Brush the pastry once again with egg yolks, and bake in the middle of the oven for 20–25 minutes. Take out of the oven and leave to stand for 10 minutes, then cut into broad slices.

Tip: Use any left-over pastry to make shapes such as leaves or stars, which can be cut out and added to the main pastry casing. Remember to brush them with the egg yolks. This dish can be prepared a good day in advance and left to stand. 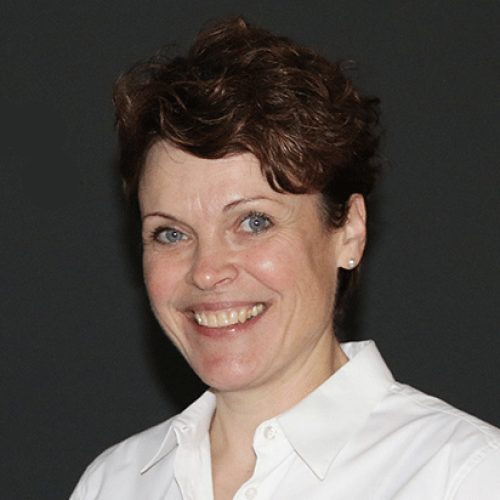 «Finely sliced Emmentaler AOP Cave-aged is best eaten in a “Caveman” cheeseburger: with a light spelt bun and a slice of tomato, some fried onions and a spoonful of crème fraîche.»
Monika Bösch, Cheese Sommelière, GenussImpuls GmbH
MORE INSPIRATION
TO COOK